Eighth-grader Vunissa Vu from Roseville is three shots back into final day. 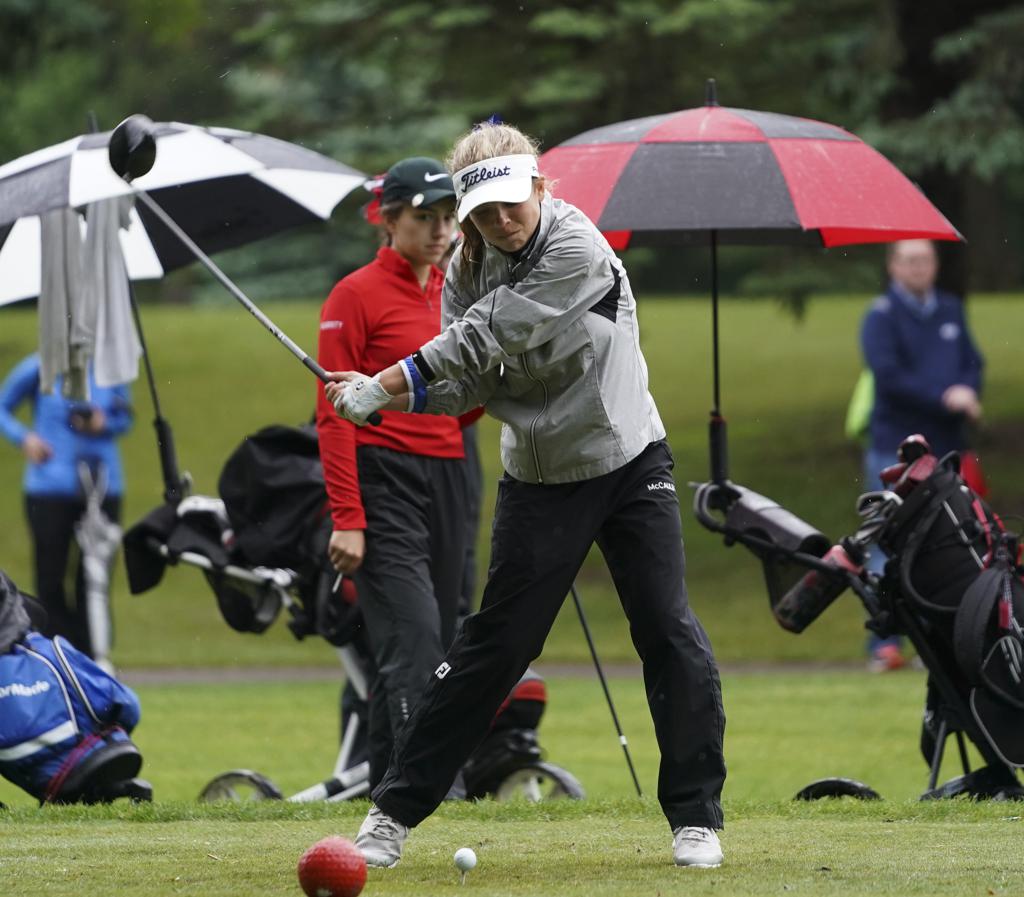 Isabella McCauley of Simley shot a 67 during the first round of the Class 3A girls’ golf state tournament in Coon Rapids. (Photo: Renee Jones Schneider/Star Tribune)

Youth was on display at the Class 3A girls’ golf state tournament Tuesday, just as many expected. But it wasn’t reigning champ, Blaine eighth-grader Kathryn VanArragon, leading the way.

It was Simley freshman Isabella McCauley.

McCauley shot a 5-under 67 in the first round at Bunker Hills Golf Course in Coon Rapids to take a three-stroke lead heading into the final round on Wednesday.

Her scorecard included five birdies and no bogeys. After an opening 34 on the front nine, she improved on that with a 33 on the back nine.

“I went out there, and I was taking it shot-by-shot,” said McCauley, who finished sixth at last year’s state tournament. “I would describe it as a really good mental place. I wasn’t thinking about anything in particular except each shot.”

Eighth-grader Vunissa Vu of Roseville shot a 2-under 70 to finish the day in second place. Reigning champ VanArragon was at 73.

In team play, Chanhassen leads with a score of 309. Roseville is four strokes back at 313, with reigning champ Edina in third with 316.

With a new individual champion guaranteed, the first round at the Class 3A state tournament ended in a four-way tie.

Another four golfers are tied at two strokes behind.

“I just tried to stick to my own game plan,” said Glynn, who has committed to the University of Minnesota and was named this year’s Mr. Minnesota Golf.

“If I try to play anybody else’s game, it won’t work.” 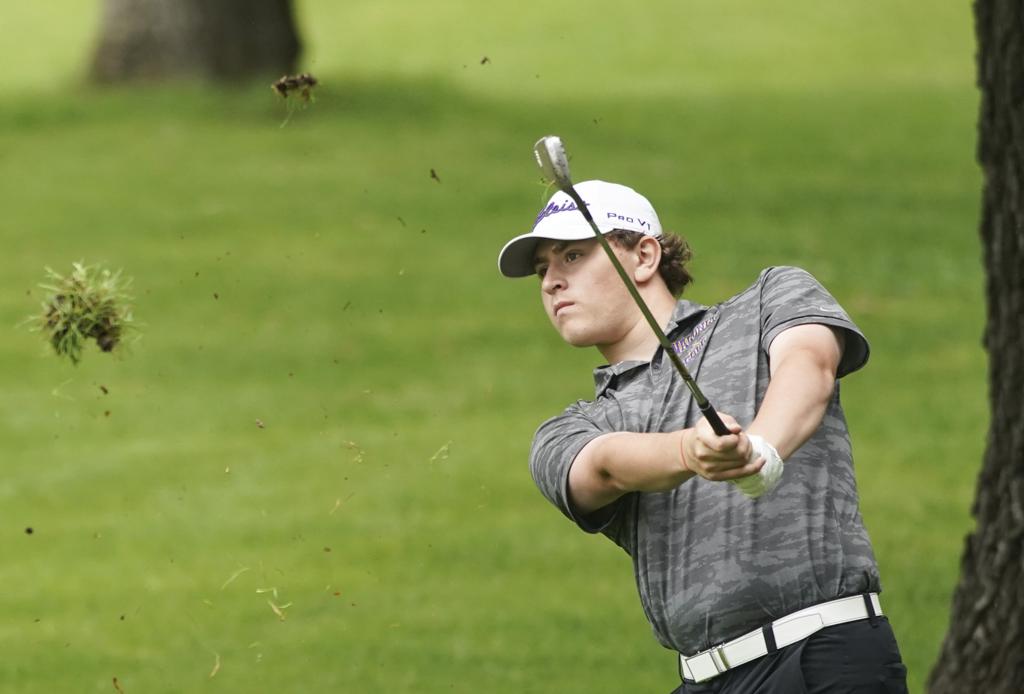 In the team event, St. Thomas Academy has a five-stroke lead at 292, led by Donohue. Edina and Waconia are tied for second while defending champion Maple Grove sits in fifth at 300.

“It’s good to use your teammates as a bit more motivation,” Donohue said. “If you’re struggling, you go bogey-bogey, if you’re just playing for yourself, maybe you let the round go. But you have teammates, so you have to play your best for them every day.”

Red Wing senior Sophia Yoemans has put herself in position to win her third consecutive girls’ individual title at Ridges at Sand Creek in Jordan. She shot a 3-under 69 to open a four-stroke lead over two golfers, including classmate and Ms. Minnesota Golf Leah Herzog.

Yoemans shot a state tournament- and course-record 15-under-par 129 to win the tournament a year ago. As a sophomore Yoemans tied for the Class 3A individual title.

Lac qui Parle Valley junior Rachel Halvorson has her sights set on going back-to-back after opening up a three-shot lead on the girls’ field with a 79 at Pebble Creek in Becker. Sophomore Brett Reid of Community Christian in Willmar shot an even-par 72 to grab the first round lead in the boys’ tournament.

Springfield and BOLD are the boys’ and girls’ team leaders, respectively.