Simley’s Isabella McCauley won the Class 3A girls’ championship with a record-tying score. 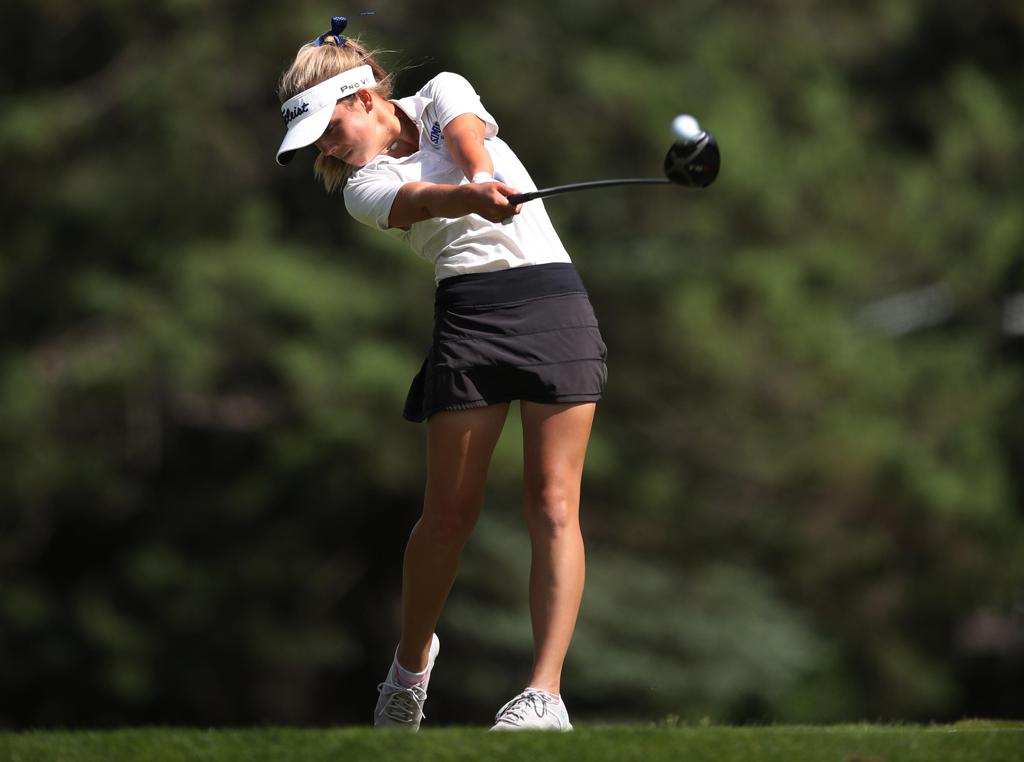 Simley’s Isabella McCauley buried the Class 3A girls’ golf field, finishing 9 under par for a record-tying score of 135. No other competitor broke par at Bunker Hills Golf Course in Coon Rapids.

Isabella McCauley’s first two varsity golf seasons were a blur of her own making.

“Seventh- and eighth-grade, she was in a hurry and she tried to force things to happen,” Simley coach Kyle Golden said.

Not this week. McCauley chose calm over crazy. Her reward — a Class 3A record-tying score of 135 and a state championship.

Golden said he watched McCauley mature on the course, lauding her for being “patient when she needed to be and aggressive when she could be.”

McCauley finished 9 under par. No other player broke par. And McCauley never broke character, even with a five-shot lead after the first day.

“I just wanted to put down a good score, go low and not play to lose,” McCauley said.

In the team competition, Chanhassen made program history with its first state title.

The Storm increased its first-day lead of four shots to 13 and ran away from runner-up Edina 627-640.

“We weren’t expected to win, Edina was expected to win,” said junior Courtney Wedin, who carded a 145, second only to McCauley. “But after getting first on day one, it felt real to us that we could win.”

Madison Hicks (158), Emily Renner (164), Hayley Thompson (164) and Tricia Hemann (170) combined forces in the victory. Renner, the Storm’s No. 6 golfer much of the season, finished third and personified the team’s big tournament.

“It just clicked for her and that’s good because we needed her score,” Wedin said. 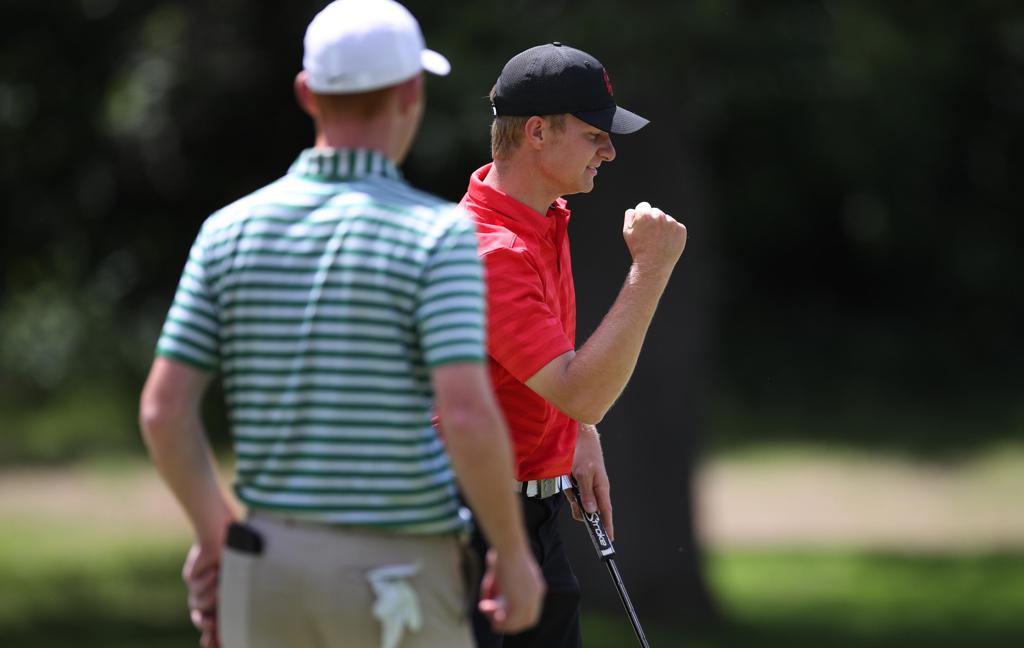 Carl Berghult sank the final putt of his high school career, then threw his ball toward the clapping Edina gallery.

Turned out to be his worse shot of the day.

“I heard it hit the cart path and no one grabbed it,” Berghult said. “One of my teammates got it back later.”

Berghult and his fellow Hornets kept triggering applause. They won the Class 3A boys’ championship — the program’s first since 2014 — on Wednesday at Bunker Hills Golf Club in Coon Rapids.

Trailing leader St. Thomas Academy by five strokes after the opening round Tuesday, the Hornets battled back to card a 595, two shots better than Waconia.

“We didn’t have anyone out here shooting 65 or anything,” Berghult said. “We have probably the deepest team in the state and everyone contributed.”

Knowing full well he needed to make par on the 18th hole to win, Winter overcame the tension and made a “six- to eight-foot putt” for a 143 score, one stroke lower than St. Michael-Albertville senior Trey Fessler.

“It was not my easiest putt ever in my life,” Winter said. “Probably my most scary. My hands were sweating. They were moving a ton. But when I made it, everything flashed before my eyes and it became surreal.”