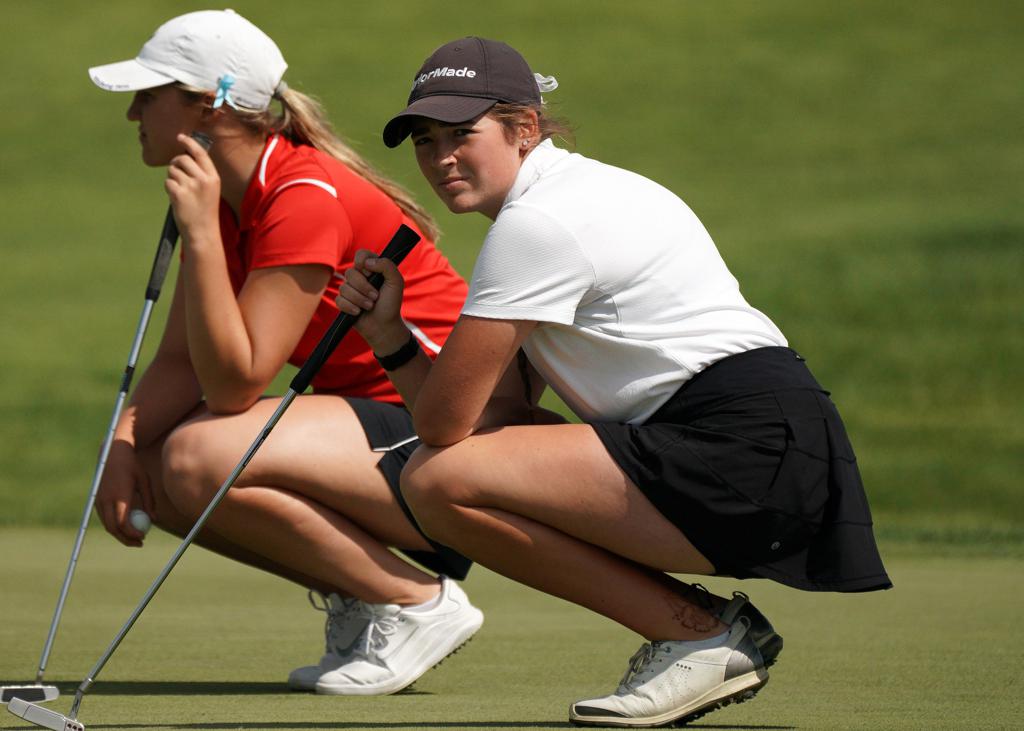 Red Wing seniors Sophia Yoemans and Cecil Belisle were determined to conclude their prep golf careers with a fitting swan song — another state championship or two.

Yoemans capped her run with a third consecutive girls’ individual title while Belisle won his second boys’ crown in the past three years at the Class 2A tournament Wednesday at Ridges at Sand Creek in Jordan.

More importantly for Yoemans was finishing her career with a birdie putt on the 18th hole that gave the Wingers the team title by one stroke over Minnewaska Area/Belgrade-Brooten-Elrosa. They trailed the runner-up by six strokes after the first round.

“Oh my gosh!” Yoemans exclaimed after hearing about the team championship. “That’s so much more important than my individual title. I’m really excited now.”

She had back-to-back, 3-under-par 69s, including two birdies on the final three holes, to win by seven shots over classmate Leah Herzog.

“Being that it was my last state tournament I tried to make it fun,” Yoemans said. She shared the Class 3A title as a sophomore and won the Class 2A crown with a state tournament- and course-record 15-under-par 129 last year. “I never expected this. It’s crazy.”

On the other hand, Belisle shook his head in frustration as his chip from the fringe came up short of the flag on the final hole. He finally cracked a smile after calmly sinking a short par putt.

Belisle matched Yoemans with a second-round 69, finishing with a 1-under 143. He beat Hill-Murray junior Ben Warian by two strokes.

“I’m not surprised, but I’m in shock,” Belisle said. “To go out and win it all in your last high school season is pretty special.”

He won his first state championship as a sophomore by two strokes. He got off to a fast start in 2017, unlike this year. He opened play with a snowman (an 8) on his first hole.

“What a great way to start,” Belisle said. “I told myself that I have 35 more holes to play and come back. It was a challenge.”

Belisle rebounded behind 11 birdies from that point on. He had six Tuesday when he shot a 2-over 74.

“I was frustrated, annoyed, crabby,” Belisle said. “I was way more consistent [Wednesday]. I’m proud to go out as a two-time champion.” 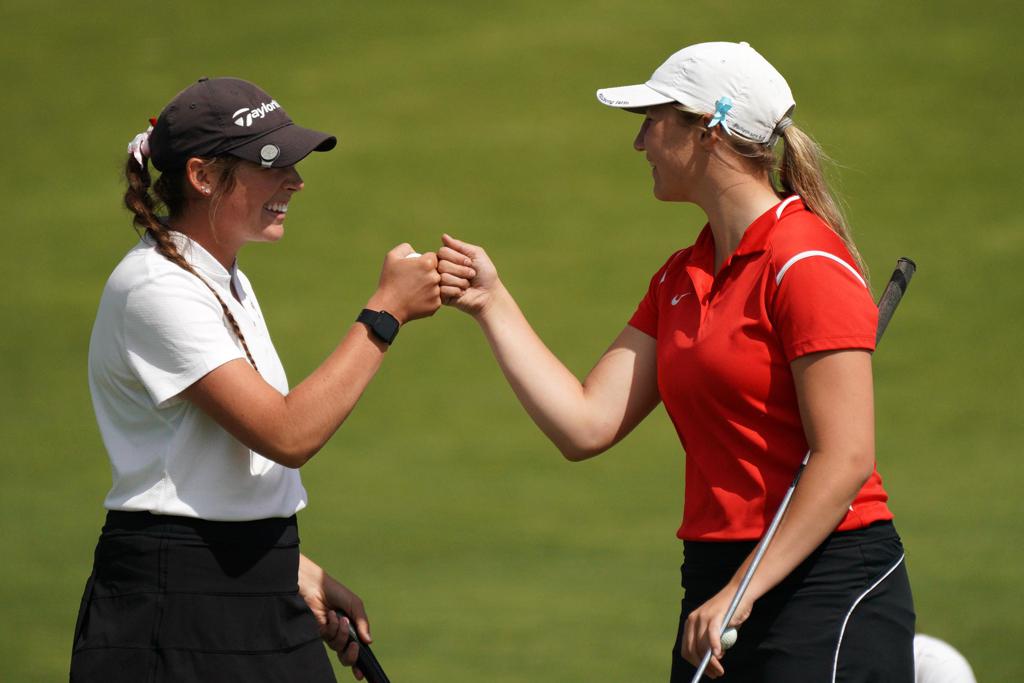 Reid finished with a 1-over 145, four strokes better than senior Harrison Patzer of Lac qui Parle Valley at Pebble Creek in Becker. The Eagles won the team title by three strokes over Springfield, finishing with a 655.

In the girls’ tournament, Lac qui Parle Valley junior Rachel Halvorson successfully defended her individual championship. She shot a 16-over 160, holding off Fillmore Central senior Madison Scheevel by one shot.

BOLD edged Park Christian by one stroke, 704-705, to win the team championship.