Senior Cecil Belisle is the Star Tribune Boys’ Golfer of the Year. 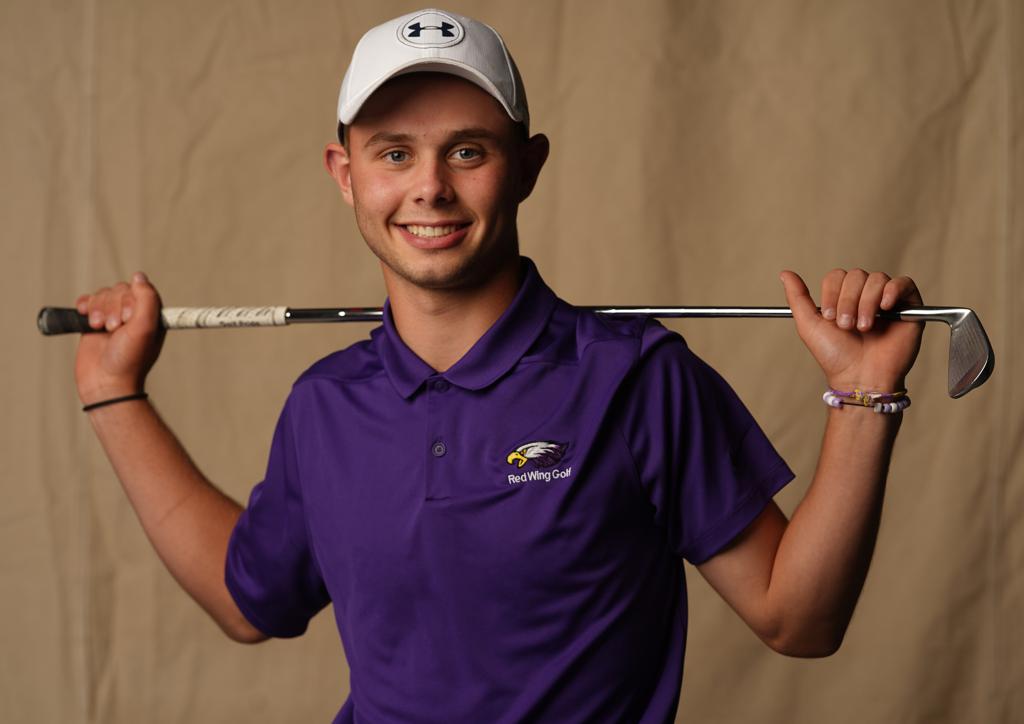 Cecil Belisle became only the 12th golfer to win multiple boys’ individual state titles when the Red Wing senior earned his second Class 2A crown nearly two weeks ago at Ridges at Sand Creek in Jordan. The tournament dates back to 1928.

“This is amazing,” said Belisle, who also won as a sophomore. “After you win one, you never know if it’s going to happen again and it did. It’s special.”

It earned Belisle the Star Tribune Metro Boys’ Golfer of the Year. He was a finalist for the Mr. Minnesota Golf award.

The Minnesota State, Mankato recruit set his sights on a second title the instant he walked off the course after finishing third his junior season.

“After winning that first state championship I had a lot more confidence in my game,” Belisle said. “I’m really focused when I’m on the course.”

Not to mention positive. He opened the two-day event with a triple-bogey 8 on the first hole, but remained confident.

“I had 35 more holes to play and come back,” said Belisle, who started golfing as a 3-year-old.

That he did. Belisle had 11 birdies from that point on. He followed a first round 74 with a 3-under 69, finishing two strokes ahead of the runner-up.

“If you want to be successful at the next level you have to have high expectations,” Belisle said. “You’re not going anywhere if you don’t.”