State golf roundup: McCauley, Salonek tied for first in girls' Class 3A after Round 1 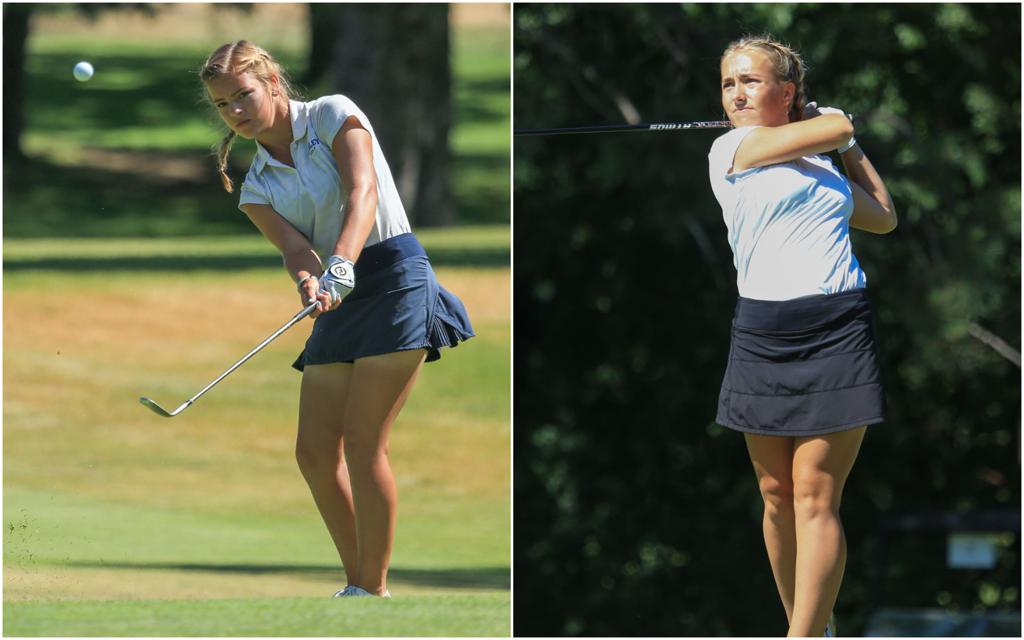 After the first day of the Class 3A girls’ golf state tournament, Simley freshman Reese McCauley didn’t go home right away. She went back to her home course to practice putting.

“My ball striking was, overall, pretty good,” McCauley said of her first round at Bunker Hills Golf Course in Coon Rapids. “But for putting, I was kind of going for it a little too much.”

No. 3-ranked McCauley shot a 2-under 70 and is tied for the top individual spot with Roseville sophomore Olivia Salonek.

Salonek impressed on Day 1, shooting seven birdies and at one point sitting comfortably at 5 under on the day. On her final two holes, however, Salonek also ran into putting problems.

“All of my bogeys today were all three putts,” Salonek said. “I was hitting the ball pretty well and I’d like to continue doing that tomorrow, but more consistent putting would be ideal.”

Co-leaders for 3A boys, too

The players in the 3A boys tournament teed off as the girls wrapped up the front nine, but in that field, too, there was a tie for first after Day 1. Edina’s Jack Wetzel and Northfield’s Nate Stevens shot 68s. Moorhead’s Joe Kortan sits just one stroke behind the leaders, and four golfers are tied for fourth with 70s.

Day 2 of the tournament will feature a close race for the top boys’ team. Edina leads 3A teams with a 10-over 298. Maple Grove is a close second place at 301, and Eastview is third at 302.

In the 1A girls’ tournament in Becker, Minn., Lac qui Parle Valley leads with a 66-over 354. Nineteen strokes separate the Eagles from second-place Park Christian. Lac qui Parle sophomore Isabella Jacobs shot a 6-over 78 to put her in first place individually, followed by Park Christian’s Emily Stueland and Lac qui Parle’s Sarah Halvorson, who both shot 81s.

On the boys’ side in 1A, Fertile-Beltrami’s Rylin Petry leads by four strokes with a 70. Behind him is a five-way tie for second. Fertile-Beltrami and Sleepy Eye are tied for first with 33-over 321s. Legacy Christian Academy is two strokes behind.

Lake City leads the girls’ side of the 2A tournament in Jordan with a 343, followed by Fergus Falls (359) and Minnewaska (362). Lake City sophomore Jordana Windhorst Knudsen is in second place individually. She shot a 3-over 75, two strokes behind first-place Mallory Belka of Perham.

Cloquet leads the 2A boys’ teams with a 300. Five strokes behind is Totino-Grace, followed by Delano with 308. Cloquet’s Sam Baker sits at the top of the leaderboard, shooting a 68. Beck Erholtz of Staples-Motley is three strokes back, and tied for third place are Braden Gudahl of Blue Earth and Joseph Scripture of Pine Island/Zumbrota-Mazeppa at 73.