Simley's Isabella McCauley, who also won the award in 2019, became the youngest Minnesota girl ever to play in the U.S. Open, held in San Francisco. 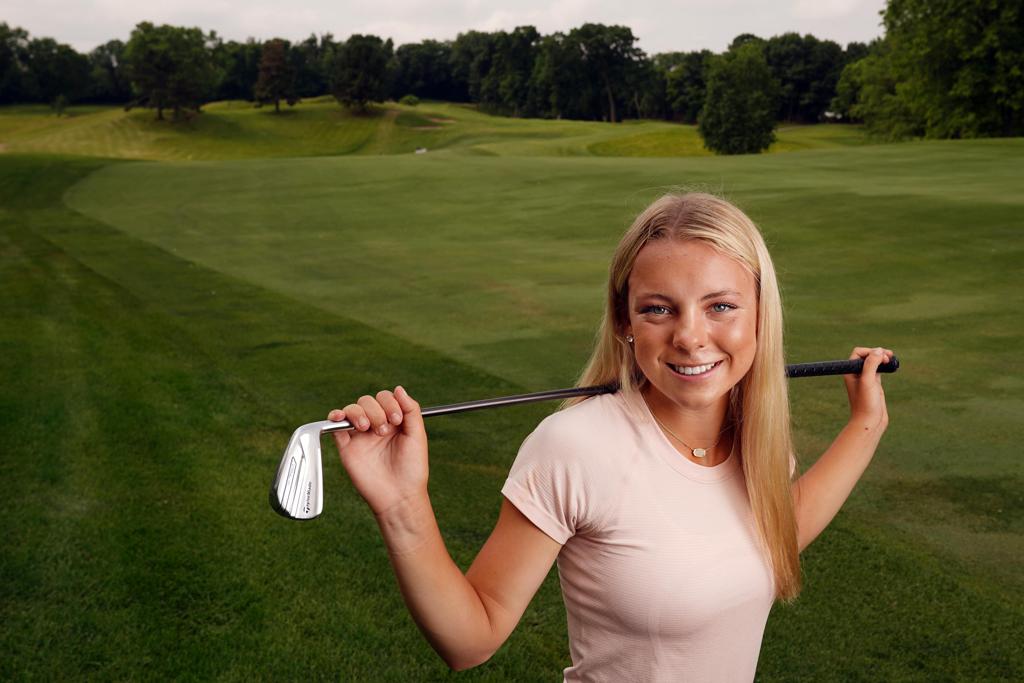 Isabella McCauley of Simley, the Star Tribune Metro Girls' Golfer of the Year, stood for a portrait at the Southview Country Club. Photo: ANTHONY SOUFFLE • anthony.souffle@startribune.com

The improbable turned into taking the next step in Isabella McCauley’s youthful golfing ventures.

The Simley junior was dominating the girls’ high school golfing ranks the opening month of the season when she played in the U.S. Women’s Open qualifying tournament at Somerset Country Club in Mendota Heights. The 17-year-old finished second to become the youngest girls’ player in state history to compete in the Open.

In doing so, McCauley is a repeat selection as the Star Tribune Metro Girls’ Golfer of the Year. She won in 2019 after firing a Class 3A record-tying, 9-under-par 135 to win her first state title by 10 strokes. The 2020 season was canceled due to the pandemic.

“I was not expecting to qualify,” said McCauley, who finished one shot ahead of Lindy Duncan, a pro player who has earned more than $1 million on the LPGA Tour, for the final spot. “That was definitely the highlight of my spring.”

The timing forced McCauley to miss the Section 3 tournament and not qualify for this year’s state event.

Her younger sister, freshman Reese, won the state tournament with a 5-under-par 139.

“It was actually really enjoyable being a spectator and watching Reese win it,” McCauley said. “I was fine with not playing in the state tournament.”

A week earlier she competed against 150 of the world’s best golfers at The Olympic Club in San Francisco. She finished tied for 75th place and missed making the cut by two strokes.

“It was a really great experience as well as a great learning trip for me,” McCauley said. “It was encouraging to see that I can compete with the best.”