Golf state tournament favorites come from a short list: Those who have won it before

Simley sisters Isabella and Reese McCauley stand out among 3A girls, and Northfield’s Nate Stevens has the chops among 3A boys. 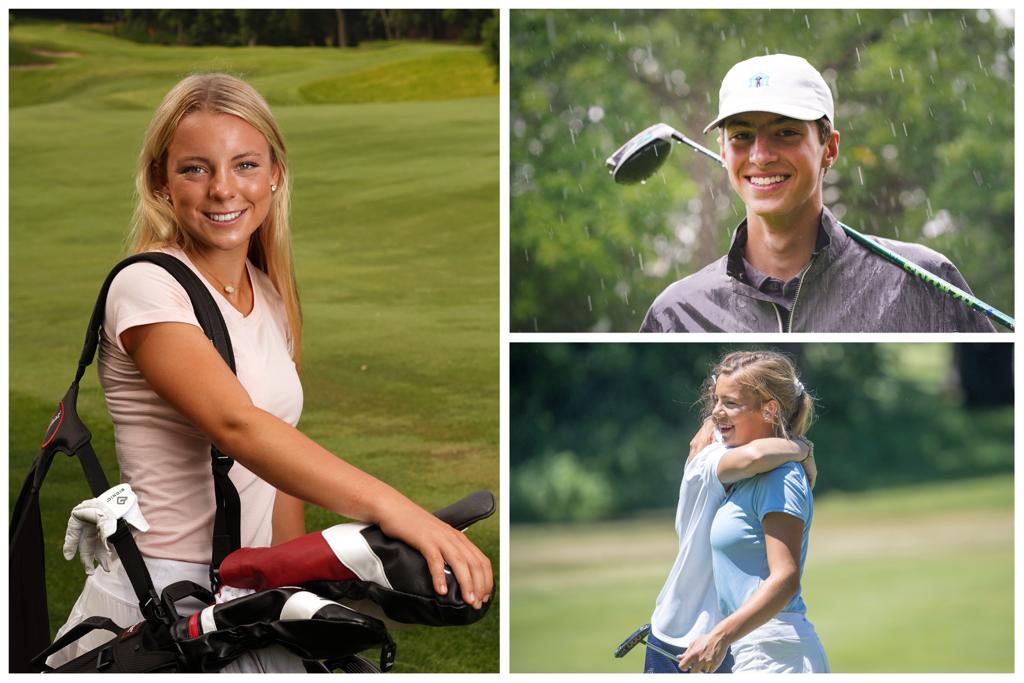 Isabella McCauley (left) of Simley and her younger sister, Reese (bottom right), are the past two Class 3A girls’ champions. Nate Stevens of Northfield is the defending boys’ champion. (Star Tribune photos)

In the girls’ case, the past two champions come from the same household: Simley sophomore Reese McCauley won last season, and her older sister, senior Isabella McCauley, was the medalist in 2019. Isabella didn’t play in the state tournament a year ago because she was busy becoming the youngest girl in state history to compete in the U.S. Women’s Open. The state tournament wasn’t held two years ago because of the COVID-19 pandemic.

Isabella McCauley also is Ms. Minnesota Golf for 2022, having received that honor Sunday at Windsong Farm.

The two-day tournament begins Tuesday at Bunker Hills in Coon Rapids. The final round will be played Wednesday.

“The McCauleys are amazing,” she said. “They are not only among the best in the Midwest but also the country. They are world-class golfers.”

Isabella McCauley is ranked No. 1 in the state among girls by the Minnesota Golf Association, and Reese McCauley is No. 2.

“I think the defending champions are in the driver’s seat,” Hicks said. “They are on a pedestal. They have been in the spotlight.”

Hicks and juniors Kathryn VanArragon of Blaine and Olivia Salonek of Roseville are the most likely to make runs at the McCauleys. VanArragon is ranked third, Hicks fourth and Salonek fifth.

Hicks plans to react to whatever the McCauleys and other contenders throw at her.

“For me it doesn’t make a difference, being in the lead or coming from behind,” Hicks said. “I have been in both spots. I have done well at times and not so well at other times in both positions.”

In the boys’ case, the defending champion and Mr. Minnesota Golf are one and the same: Northfield senior Nate Stevens. Stevens is ranked No. 1 among boys by the MGA.

Boys’ defending team state champion Maple Grove didn’t make the field, getting knocked off by Spring Lake by six strokes in the Section 5 tournament. Edina is the favorite. Alexandria is the girls’ defending champion and favored to repeat.

The small-class tournaments will take place at the same time at Ridges at Sand Creek in Jordan (2A) and Pebble Creek in Becker (1A).