Kathryn VanArragon, for staring down two challengers, is the Metro Girls’ Golfer of the Year

The Blaine junior overcame a pair of past winners, Simley’s McCauley sisters, to take the Class 3A title. 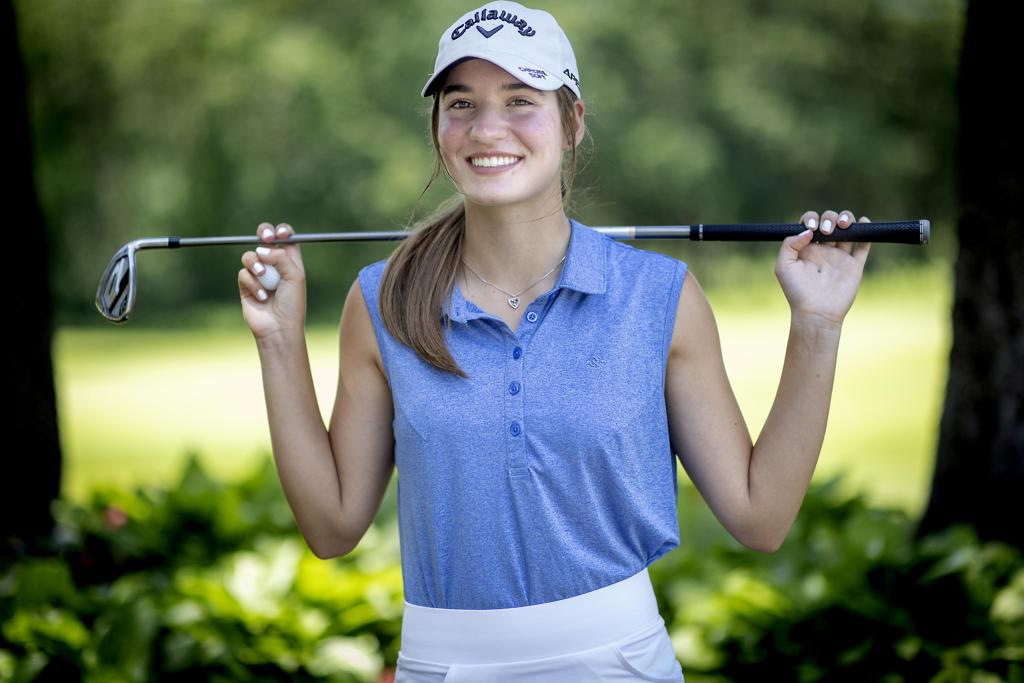 Kathryn VanArragon, a junior from Blaine, is the Star Tribune Metro Girls’ Golfer of the Year for 2022. (Elizabeth Flores, Star Tribune)

When competition was at its fiercest, Kathryn VanArragon’s game was at its best.

A junior from Blaine, she shot a 9-under-par 135 over two rounds at Bunker Hills Golf Club in Coon Rapids to win the Class 3A individual championship in girls’ golf. That made her the champion for the second time, adding to the title she won as a seventh-grader in 2018.

The 2022 championship, and the challenge she overcame to win it, made her the Star Tribune Metro Girls’ Golfer of the Year.

“It was a couple of pretty fun days,” VanArragon said. “It was stressful, but so rewarding.”

The field had two other previous champions, the McCauley sisters of Simley, each also seeking a second championship. Sophomore Reese was the defending state champion, and senior Isabella was the medalist in 2019. They finished second and third.

“Kathryn played her game and stayed within herself,” Bengals coach Maribeth Suter said. “She played some really good golf and stayed mentally strong.”

A first-round 65, with eight birdies and a single bogey, propelled her to victory. It matched her low round of the season, also shot at Bunker Hills, in the Northwest Suburban Conference championships.

“It was a solid round,” VanArragon said. “The mistakes I made didn’t cost me, and I took advantage of my good shots.”

She was barely 13 when she won in 2018, becoming the youngest individual champion in history. That title also was won at Bunker Hills, her home course during the summer.

“I love playing at Bunker Hills,” VanArragon said. “Both championships are very special but in different ways. To close out the high school season like this is great.”