The Hornets haven’t had any trouble winning the state crown the past two years. They won the title in 2015 by 27 strokes and stretched that margin to 36 shots a year ago. 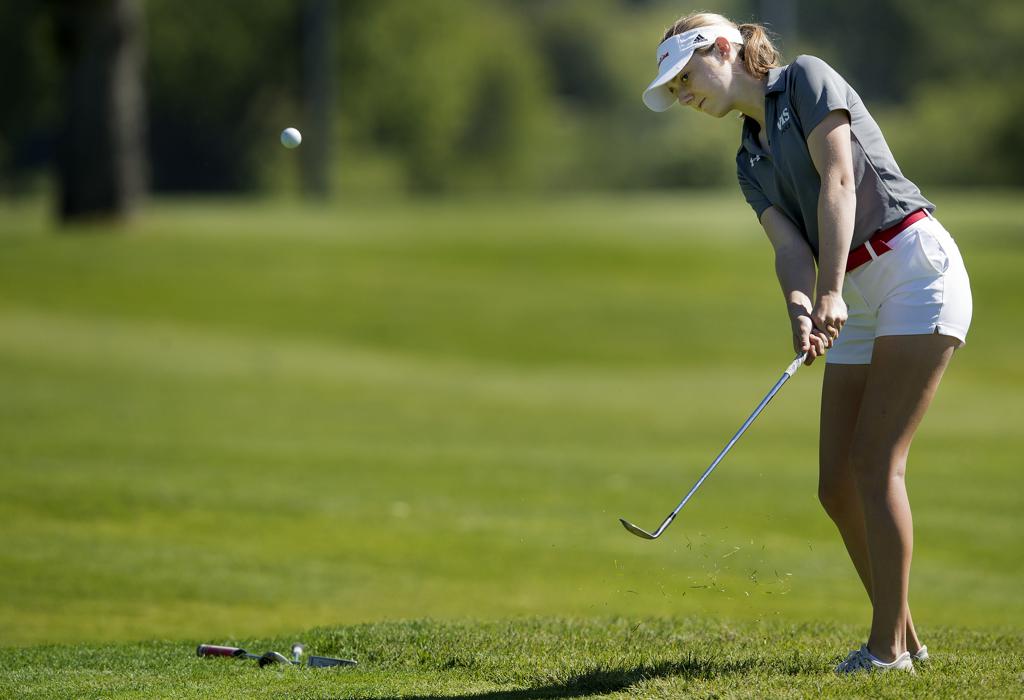 Visitation senior golfer Anni Heck, a co-medalist at state a year ago, has a final opportunity to claim an outright championship in this week’s 2A tournament. Photo by Carlos Gonzalez, Star Tribune

Edina senior Grace Kellar enjoys celebrating. That is, with her teammates.

Kellar is looking to lead the Hornets to their third consecutive Class 3A girls’ golf state team championship beginning Tuesday at Bunker Hills in Coon Rapids. The two-day event will conclude Wednesday.

“Winning as a team is so much fun,” Kellar said. “It’s fun celebrating with other people.”

The Hornets haven’t had any trouble winning the state crown the past two years. They won the title in 2015 by 27 strokes and stretched that margin to 36 shots a year ago.

“We would like to make it three straight,” said Kellar, who is a Gophers recruit.

Kellar would also like to go out as the individual medalist. She has finished fourth in each of the past two years even though she took four strokes off her score last year.

“I’ve come close the last two years,” Kellar said. “If I could pull it off, that would be really, really cool.”

In the boys’ field, senior Ben Sigel will be looking to repeat as medalist and lead Minnetonka to back-to-back team titles. He won the individual crown by six strokes as a junior.

Blake is the overwhelming favorite to win its third consecutive boys’ team championship at Ridges at Sand Creek in Jordan. The Bears are led by the medalists of each of the past two seasons, senior Reece Sanders in 2015 and junior Derek Hitchner in 2016. They also have two other players back who finished in the top 12 a year ago.

Heritage Christian senior Kiera Smith is looking to close out her outstanding career with a three-peat as the girls’ medalist at Pebble Creek in Becker.

Smith has won back-to-back titles after finishing third as a freshman and eighth-grader and 14th as a seventh-grader. Fillmore Central is back to defend its team championship.

Mounds Park Academy junior Brock Bliese will be trying to regain his winning form in the boys’ tournament. Bliese finished 13th last season after earning medalist honors the previous two years. His Panthers have won the team championship each of the past two seasons.