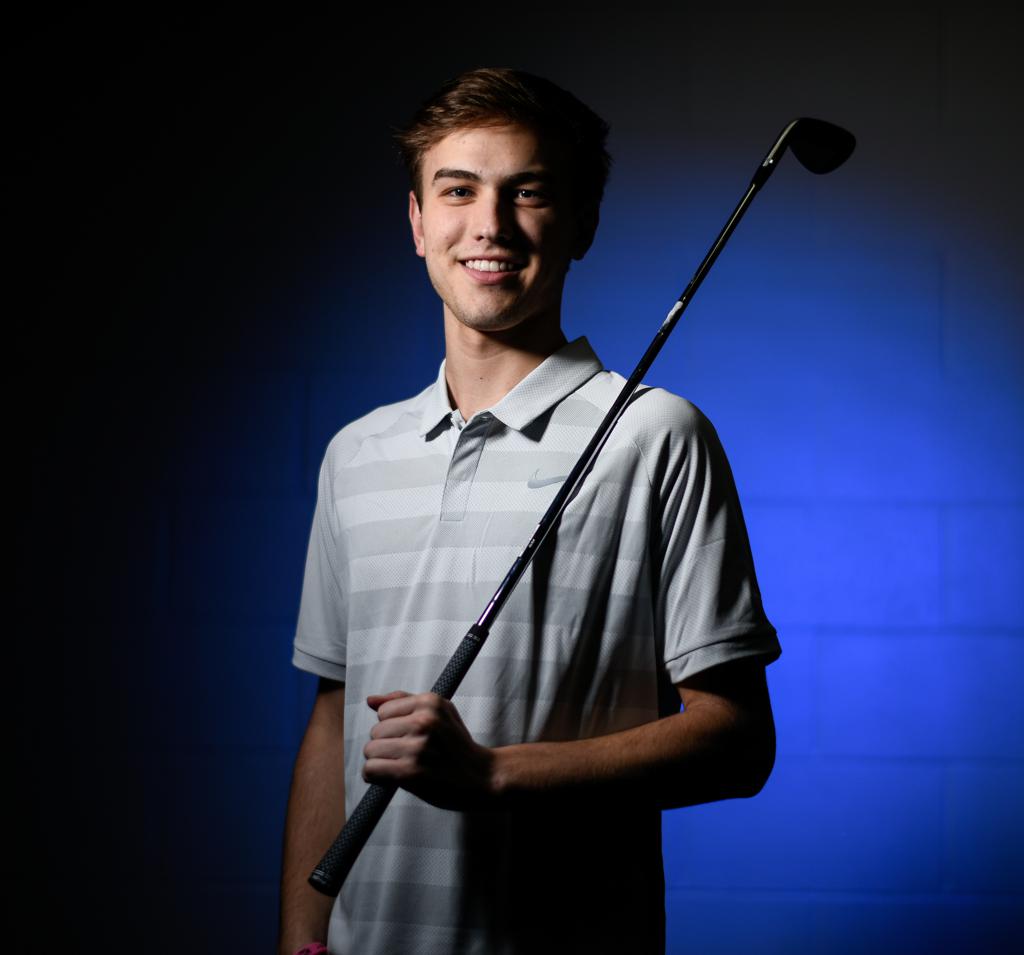 There is a sunset over a golf course green and a still flag attached to a pole poking out of the hole. There’s no gallery. No noise. No pressure.

This ideal scene is Mounds Park Academy senior Brock Bliese’s lasting image of his many summer evenings at Hillcrest Golf Club. The St. Paul course, his golf home since he first struck balls as a 2-year-old, permanently closed last fall. But Bliese’s love for the game endures. And he’s using his picture of golf serenity to ground him as expectations for a rare golf feat mount.

Bliese, Class 1A individual state champion in 2014 and 2015, can become just the second boys’ golfer to win three state tournament titles. He would join Edina West’s Chris Perry, who won medalist honors three consecutive years from 1978-80 in Class 2A.

Bliese’s winding path to a potential third title includes 13th-place finishes at the past two state tournament. Most high school golfers would savor such finishes, but Bliese admitted to “really letting myself down.”

“You go 2-for-2 and it’s like, ‘Geez, I can do anything,’ ” Bliese said. “But the last two years I realized it’s really hard. There are a lot of good golfers across the state and I didn’t prepare.”

As a result, Bliese tumbled down the leaderboard and disappeared from the shortlist of title contenders.

“People were wondering, ‘What happened to Brock?’ ” he said. “I just lost focus. The motivation is there this season to keep grinding.”

These are not the lamentations of a perfectionist. Bliese, despite winning two championships early, bucked the specialization trend. He avoided what he called “going too golf crazy” by remaining a three-sport athlete. He played soccer last fall and helped the Panthers’ basketball team reach the first section final in the St. Paul private school’s history.

When stubborn spring snow relents, Bliese plans to maximize his time outdoors. More chipping after practice. More putting. All in the name of more confidence when approaching shots, a missing intangible the past few seasons.

“I don’t think he’s regressed but he has experienced some of the challenges,” said Barrett, adding that Bliese’s success elevated teammates. Mounds Park won team titles with Bliese in 2015 and 2016. And two Panthers took second as individuals the past two years, including current senior Matt Berning.

On the back-nine on his varsity career, Bliese is eschewing pressure and going to that twilight course in his mind.

“These last few weeks are all about having fun, making memories and not letting pressure get to me,” he said.