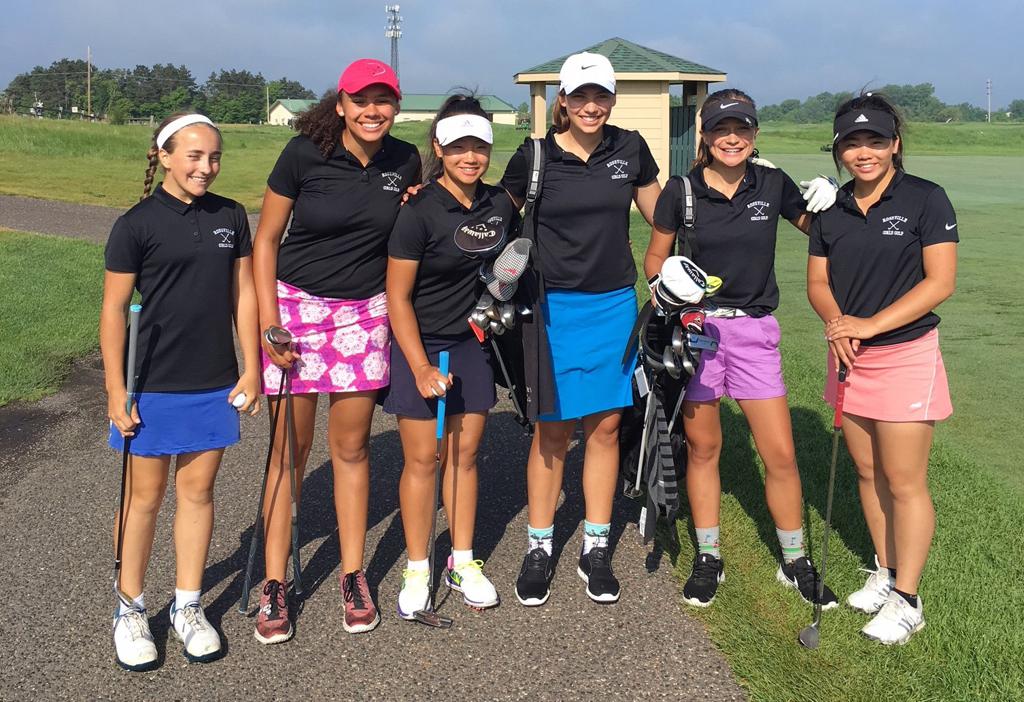 In four years of varsity golf, Rose­ville’s Hannah Bruns qualified for the state tournament three times as an individual, but her Raiders never won a match as a team.

That changed this spring when they won the season’s first match by 17 strokes. Success followed all the way to the postseason as Roseville cruised to victory by 78 strokes in the Class 3A, Section 5 tournament and qualified for its first state tournament since 1993. The Raiders play Tuesday and Wednesday at Bunker Hills Golf Club, providing welcome company for Bruns.

“It’s definitely different this year because in past years at state I thought, ‘I’m here to post a score for myself,’ ” Bruns said. “Now it’s, ‘I’m playing for five other individuals and two coaches,’ and that’s a responsibility that I carry.”

Sounds serious. But Bruns and her younger teammates know how to laugh, thanks to first-year golf coach Chris Legrand’s unusual methods.

A delayed spring forced golfers throughout the state to spend more time hitting inside. Legrand broke up the monotony of Goodrich Golf Dome sessions with miniature golf. The team played the 18 themed holes at Can Can Wonderland in St. Paul and was surprised one day after school to find Legrand made a course spanning two hallways within the D wing at the high school — complete with ramps and water hazards.

“He might have a future in designing golf courses,” Bruns joked.

Team bonding helped a group where all but three golfers are sophomores or younger.

“If I was shooting like that when I was in seventh grade, oh boy!” Bruns said. “They are awesome kids, and they are a joy to have on the team.”

Legrand leaned on assistant coach Megan Ness, a 2004 Roseville graduate and former golfer, for technical guidance and Bruns, who gave the commencement speech at graduation, for leadership.

“Every time Hannah finishes a match, she made two new best friends out of kids who she played against,” Legrand said. “She tells our younger players, ‘You should enjoy your time with other people who are passionate about golf just like you.’ ”

While each golfer “has mid-70s in them,” Legrand does not stress scores. Instead, he gives them goals for numbers of pars per round to keep players treating each hole as a new opportunity.

The state tournament brings a new opportunity, and players have been asking Bruns about the course, the team banquet, the crowds and the nerves. Bruns, who tied for 18th at state last spring, tapes quotes and pictures on the inside flap of her push cart to remind her to stay calm. Like Legrand, she advised younger players to have fun, and the message is sinking like a short putt.

“This is not something Roseville is used to, and it’s fun to experience something like this,” Mishek said.