Wayzata senior ends day 4 under par to lead the boys. 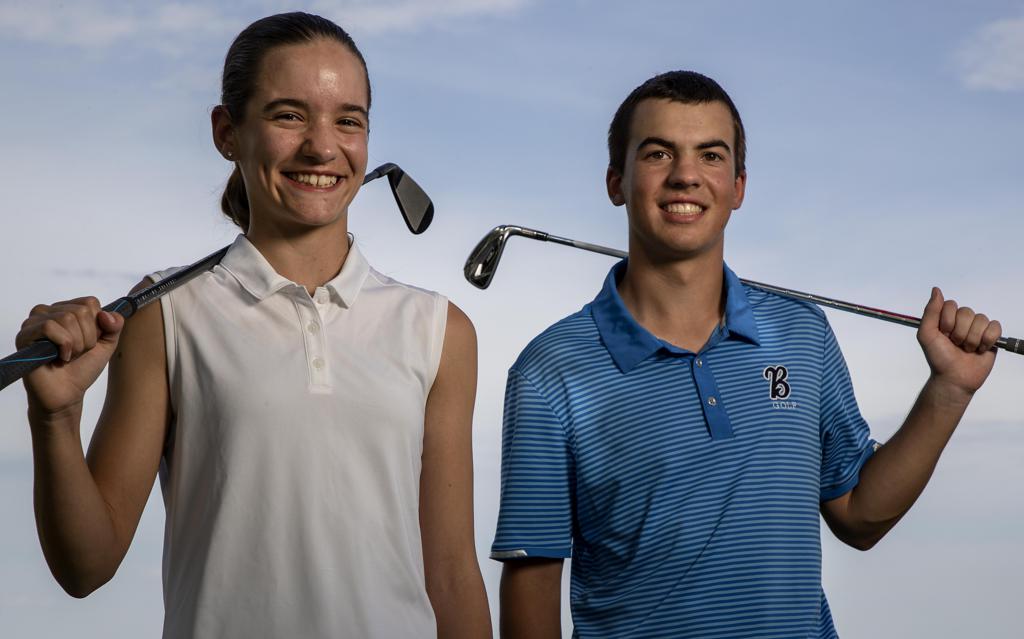 Blaine seventh-grader Kathryn Van Arragon had quite a day in her state golf tournament debut Tuesday.

“I thought I was hitting my shots pretty solidly. My contact was good; I felt confident in my putt, as well,” Van Arragon said.

She shot a 70 at Bunker Hills Golf Course in Coon Rapids to take a two-stroke lead after the first round of the Class 3A state tournament. She started with a bogey on the first hole but picked up momentum with a 140-yard shot on the third hole. It didn’t hurt that she golfs the course regularly.

“It’s my home course,” said Van Arragon, who carded 34 on her first nine holes followed by a 36. “I think it did give me confidence that I knew the course and played it before, but I also felt like my game was on today, and I felt good about it.”

Only two other girls shot 36 or better for both the front and back nine. Lakeville North senior Megan Welch and Northfield junior Molly Stevens did that, and trailed Van Arragon by two strokes. Welch and Stevens sit in a three-way tie for second at 72. Freshman Camille Kuznik of Orono joined that tie after bouncing back from a 40 on her first nine to shoot a 32.

Part of the last flight of golfers for the day, Nelko shot a tournament-best 31 on his first nine holes en route to finishing with a 4-under 68, landing him atop the leaderboard.

“It was definitely more of grind on the back [nine], but overall I’m happy with everything,” said Nelko, who took 30th at state last year. “I’ve been in this situation a bunch this year, just being in the lead going into Day 2 of tournaments.”

Juniors William Frazier of Eastview and Walker Reyes of Mankato East will look to catch Nelko after shooting 70 for a second-place tie. Juniors Brady Arnett of St. Thomas Academy and Noah Boraas of Alexandria are in a fourth-place tie at 70.

Boraas also helped Alexandria take a three-stroke lead in the team competition at 294. Maple Grove sits in second at 297, followed by St. Thomas Academy at 301.

“The past few meets we’ve kind of been improving. A few weeks ago, it wasn’t looking like we were going to make it here.”