Kathryn Van Arragon, who recently turned 13, claimed a three-stroke victory on her home course at Bunker Hills in the big-school state tournament. 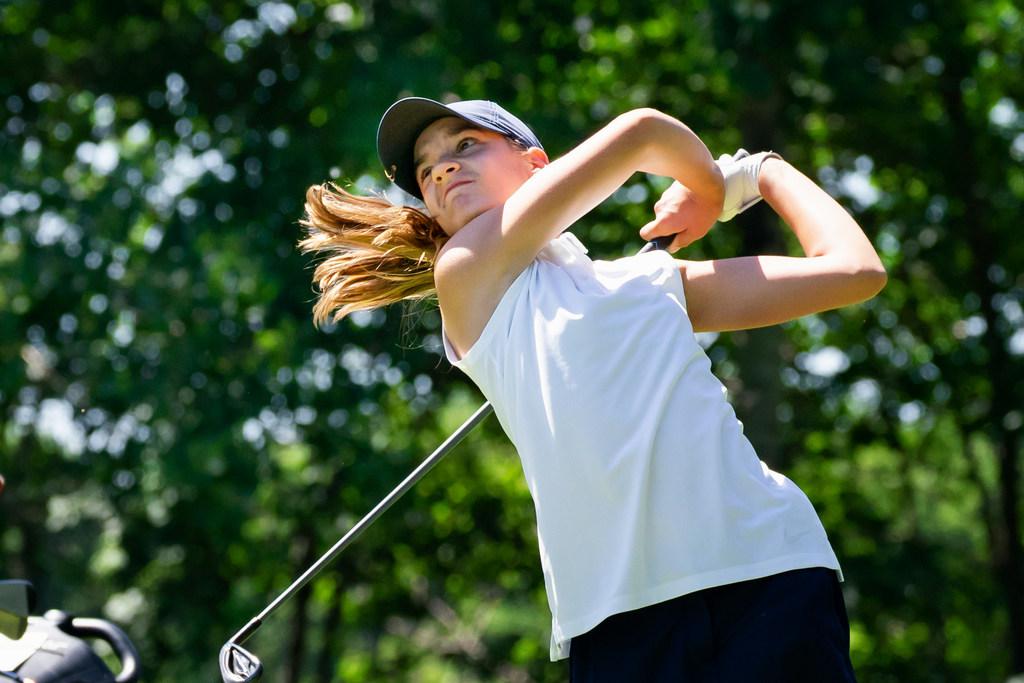 Suter kept it light as Van Arragon, the leader after the first round Tuesday at the Class 3A state championship, made the turn on Wednesday.

“I told her, ‘You have one rule today. I need you to smile,’ ” Suter said. “She’s got a beautiful swing and she’s a great kid. I just help keep her level-headed.”

Van Arragon, who recently turned 13, carded a 1-under par 143 to win by three strokes over Molly Stevens of Northfield and Aayushi Sarkar of Woodbury. In doing so, Van Arragon made good on her home-course advantage at Bunker Hills Golf Club in Coon Rapids.

“My ball-striking was better this week than it has been in a while,” Van Arragon said. “And my putting was solid, so I had confidence going into today.”

Caleb Van Arragon, who played in the boys’ tournament, greeted his younger sister with a wide smile and asked, “How did you do this?”

On Wednesday, she parred 11 holes and added three birdies.

“Whether I’m chasing or leading I just try my best,” Van Arragon said.

Edina’s team can relate. The Hornets sweated out a fourth consecutive title a year after cruising by 36 shots. They entered Wednesday trailing Roseville by three strokes but rallied to edge the Raiders 638 to 640.

“Today was different because every shot was for the team so it meant a lot more,” said Kim, who tied for the team lead (158) with sister Janice Kim. Senior Emily Kratz and sophomore Amy Terwilliger completed the scoring.