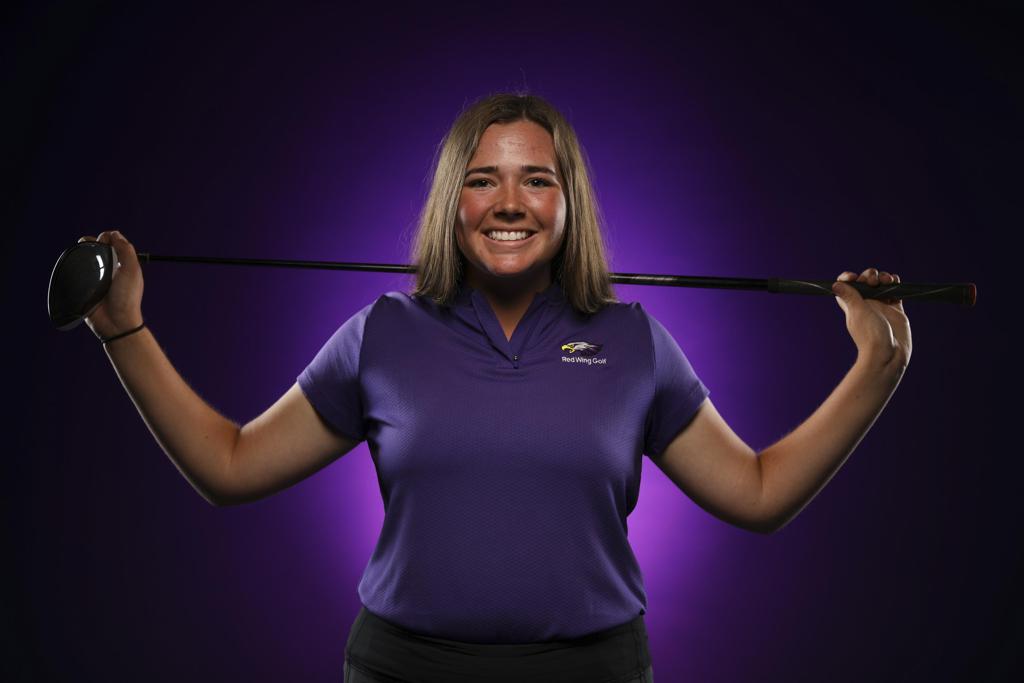 The long, drawn-out winter took a toll on Sophia Yoemans at the beginning of the golf season.

“I got off to a slow start due to the weather,” Yoemans said. “I played pretty well and was consistent during the season, but turned it up in the section and state tournament.”

That she did, winning her second consecutive individual state championship and earning distinction as the Star Tribuyne Metro Girls’ Golfer of the Year.

“Breaking the 130 threshold makes this one more memorable,” Yoemans said. “It was the best golf I’ve ever played for two days.”

The Missouri recruit made Ridges at Sand Creek in Jordan look like it was her home course. Yoemans shot a blistering 15-under-par 129, setting state tournament and course records, to win the Class 2A girls’ state tournament earlier this month.

Yoemans’ final round of 6-under-par 66 in the two-day event came after a 9-under-par 63 — also state tournament and course records — in the opening round.

“This summer and next year I doubt that I will be shooting 63s,” Yoemans said. “That was a rare thing that happened.”

A year ago Yoemans shared the Class 3A individual title with Joanna Kim of Edina. They finished with 2-over-par 146s at Bunker Hills Golf Club in Coon Rapids. The Wingers dropped down to Class 2A this year after opting up to Class 3A the previous two seasons.